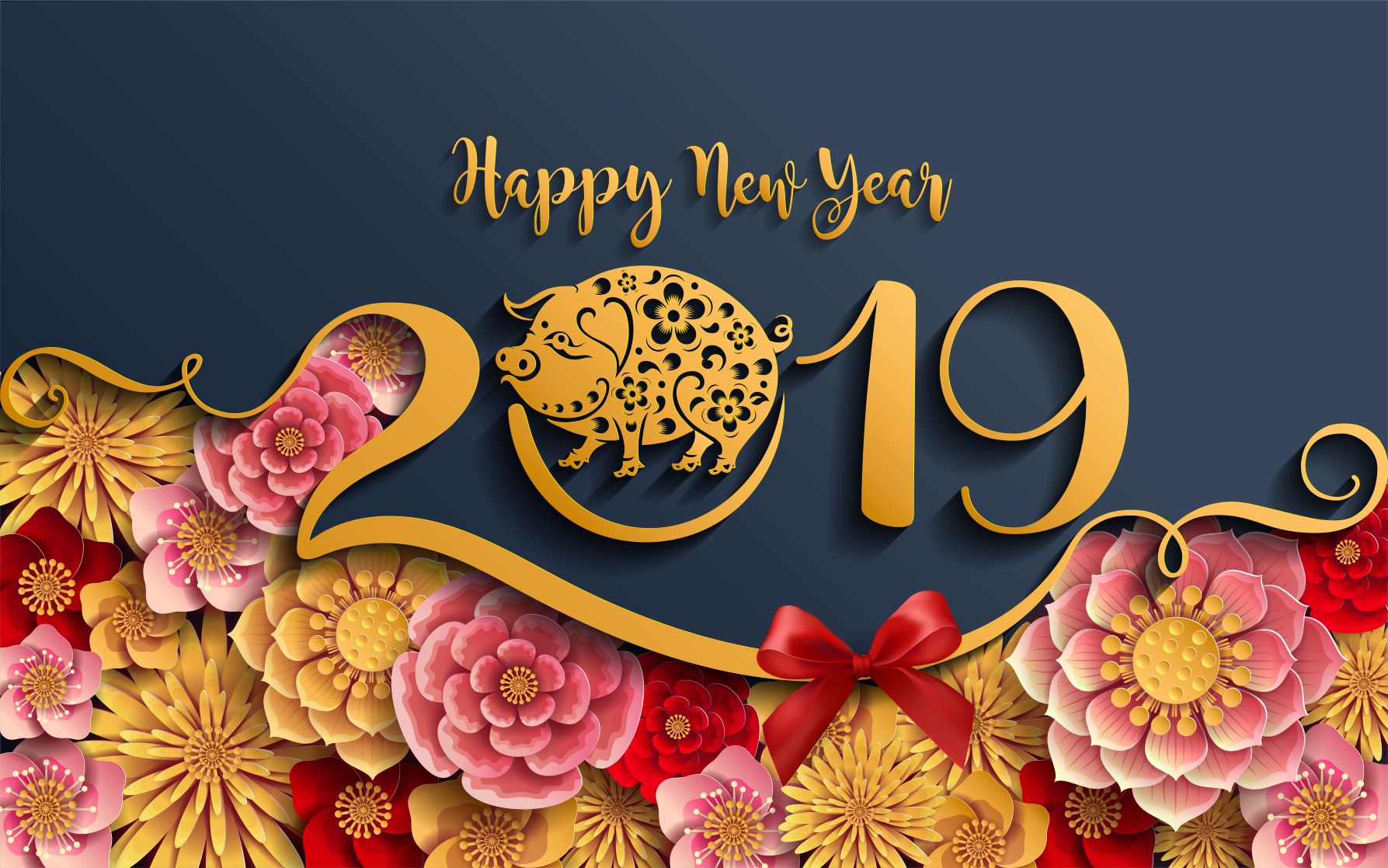 Year of the Earth Pig

As the lunar cycle renews, one of the twelve animals in the Chinese Zodiac begins a new year. The date changes every year, however in 2019 we pass from the year of the Dog to the year of the Pig on the 5th of February.

Each year is represented as one of the following twelve animals; Rat, Ox, Tiger, Rabbit, Dragon, Snake, Horse, Sheep, Monkey, Rooster, Dog, and Pig. Once the twelve-year cycle completes, it begins again.

Aside from marking the yearly cycle, the Chinese Zodiac serves as a person’s horoscope. As an example, someone who is born under the year of the Monkey is lively, flexible, quick-witted and versatile. Although these horoscopes make an interesting read, they’re not taken seriously by many.

Chinese New Year is a traditional celebration it is rejoiced by over 1.4 billion people worldwide. As the New Year begins, my family gathers at my parents’ home, where they hang traditional red decorations around the house, and host a fantastic feast. In my family, everyone is represented by different Zodiac animal which keeps things lively! We have a Monkey, a Dog, an Ox, a Rat, a Snake, and a Sheep.

Here I’ll share the myth behind Chinese Zodiac animals and how the year of the Pig could influence your business.

The story starts many centuries ago, before the invention of time measurement. The people of China begged the great Jade Emperor (Emperor of Heaven) to create a calendar. The Jade Emperor decided the best way was to create a Zodiac calendar comprised of twelve different animals.

All the animals of the kingdom were invited to participate in a race, however, there would only be twelve winners. In order to win and gain a permanent place in the Zodiac Years, the animals must cross a river with swift currents and reach the Jade Emperor the other side of the shore.

The Cat and Rat knew that they would struggle to cross the river, so they decided to hitch a lift on the back of the Ox. The Ox was used to crossing stretches of water and did not notice their presence as they jumped on his back.

Just as they entered the water, the Rat rammed Cat into the river! As the Ox reached the other side of the shore, the rat jumped off it’s back and raced to the finish line.

Thus, the Rat took first place in the Chinese Zodiac, while the Ox took second, however, the Rat also earned the hatred of the Cat for all eternity.

All the animals in the race faced various struggles. After the Ox, the Tiger took third place, the Rabbit fourth, Dragon fifth, then Snake, Horse, Sheep, Monkey, Rooster, and the Dog in eleventh place.

The Pig is the twelfth of all zodiac animals as he was the last to cross the finishing line. According to myth, the Pig was late because he decided to eat and take a nap.

It’s worth noting that there are many variations of this story!

Traits of the Earth Pig

Not only is it the year of the Pig, it is the last year of the earth element’s cycle which also influences a person’s traits, fortune and more.

The Earth Pig is warm hearted, with a kind and thoughtful nature, good tempered, honest and gentle, but also naïve, gullible and sluggish. In the work environment, they will go to great lengths to please their colleagues and employers and will excel at organising events. Earth Pigs have a large circle of friends due to their great sense of humour. They also like to attend parties and social gatherings.

Famous people who were born on the year of the pig include Michael Jackson, Arnold Schwarzenegger and Henry VIII!

Under the year of the Pig, 2019 could be a year of highs and lows with plenty of uncertainty. This fortune is unsurprising with Brexit looming, trade wars raging and financial markets looking unstable. But the Pig is also said to be lucky, though it’s likely that to find that luck and success your business will require plenty of hard work.

This will not be a transitional year, and the best strategy is to try and “stick it out” whatever the macro-environment throws at you.

It might be a year for consolidation and not taking on any additional risk. While this can be frustrating, remember the key to making the most of good luck will be timing. Remember too to ensure your team has a range of skills to compensate for the Pigs who will be happy to wallow given the chance!

2019 is the perfect time to get a CRM system so you can make sure your team is organised and efficient. Next year is the year of the Rat and this is expected to bear good results for business. Prepare for this time over the course of 2019 to take advantage of new situations in the future!

Happy Chinese New Year and we wish you good luck across the year of the Pig!

Data-Driven Sales: How to Supercharge Your Sales Process With The Use of Company Data

Applying a data-driven sales strategy helps you understand what to focus on when, and with what kind of messaging.

How To Make a Data-Driven Customer Strategy for 2020

Our guide will walk you through all the steps of creating an effective data-driven customer strategy for 2020.

Sales email templates work wonders when you want to send emails frequently - here are 7 templates to help you sell.