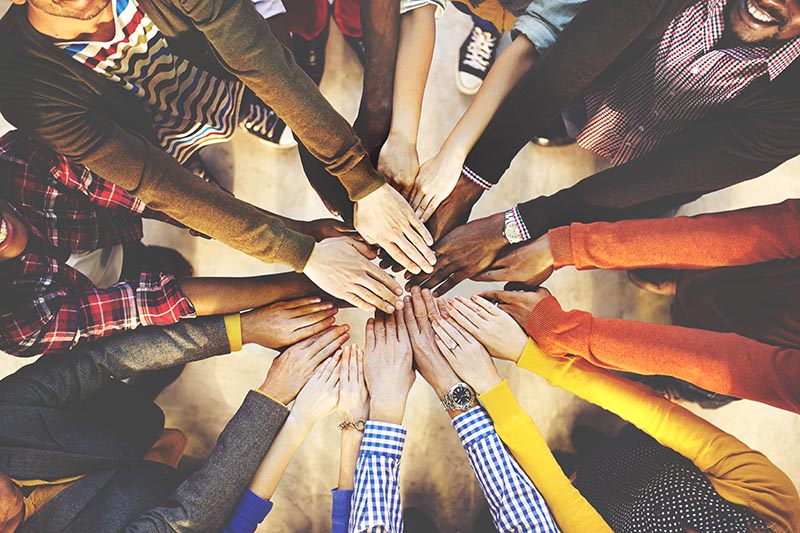 How to Achieve Seamless Collaboration in a Hybrid Work Model

Mixing WFH with office life is the way forward, but it poses some challenges — most notably in operational smoothness. Let’s consider how that hurdle can be overcome.

Back in 2019 when Covid-19 only in the thoughts of virologists, remote working was still a rarity. In much of the world (the western world, at least), access to the internet had been sufficiently fast and consistent for years, yet employers held firm against the concept of giving their workers more freedom because they feared what would be done with it.

The horror story they’d recite when prompted described bone-idle professionals using their relative lack of oversight to get nothing done while claiming to be working diligently. Did they truly believe that this would happen? Some did, while others simply repeated it because they didn’t want to change. Change is complicated and awkward, while the status quo is comfortable.

So when the first lockdowns rolled in and governments everywhere gave businesses no choice but to adopt remote working methods, it was a massive change, akin to a sudden generational leap in technology. Everyone expected remote working to be big one day, but they weren’t ready for that day to tick over to today.

Moving to a hybrid model won’t automatically lead to outstanding collaboration, though. It’s a nascent approach that needs a lot of thought and effort to optimize. Given this, the focus of this post is achieving smooth collaboration with a hybrid structure — and we’re going to look at four ways in which you can make it happen. Let’s get to them.

Be Consistent With the Systems You Use

On any given day, review the workload and habits of two workers: one based in the office, and the other working from home. What are the differences? If they take breaks at different times, frame their days differently, and communicate with their colleagues to different extents, there’s no issue. But what if they fundamentally work through different systems?

It’s not as implausible as it might sound. A particular tool may have been introduced in the office, with an underlying assumption that remote workers would be informed going unfulfilled. Additionally, remote workers — feeling disconnected from their teams — can start committing more time to the tools they prefer to use, shying away from those recommended to them.

The problem with disparities of this kind is that they breed confusion and slow cooperation. Employee A consults Employee B on a certain task, but they’re using different software to handle similar things and can’t communicate effectively. This is why it’s so important for companies (particularly big companies) to invest in all-encompassing software.

Broad cloud-based systems (like Really Simple Systems CRM, of course) aren’t just more powerful than alternatives. They’re also better for bringing companies together, ensuring that everyone is on the same page and reducing operational obstacles. In short, each worker should lean on the same systems whether they’re in or out of the office.

Get People Working on Company-wide Tasks

It’s impossible to achieve seamless collaboration if you don’t engage in any collaboration — and no, getting numerous people to work in service of the same goal doesn’t require collaboration. Detaching employees from the classic office structure by making it optional also makes it possible for them to stay siloed. It can even happen accidentally, with Employee A wanting to be in the office on Mondays and Tuesdays and Employee B preferring Thursdays and Fridays.

Furthermore, the nature of most companies leaves extensive collaboration as mostly an optional extra: something that tends to crop up due to chance discussions during office meetings. So when it is a necessity (when a project comes along that legitimately demands the combined efforts of all the company’s workers), it’s strange and tough for people to understand.

Ideally, those tasks will genuinely be of use to the company as a whole. Resources are great investments, for instance: bringing everyone in to contribute to a knowledge base (an accessible site intended to answer customer queries without requiring direct communication) is one option, as is overhauling your business website in a way that reflects the personalities behind the corporate structure (people want to support companies that seem fundamentally human).

Ensure That Everyone is Aware of Scheduling

Employee A finishes their slice of a project but could really benefit from Employee B’s appraisal before submitting it for approval. They head into the office on the following day so they can discuss it with them directly, only to discover that Employee B is nowhere to be found. As it turns out, Employee B decided to mix up their hybrid working routine and will be working from home for the rest of the week, requiring the discussion to take place online (or not at all).

This doesn’t sound like such a big deal, but we are talking about seamless collaboration as an objective, and wasting time trying to catch up with someone doesn’t gel with that. Workers will know which conversations are best handled in person and which are better as online chats — they just need to know what their colleagues will be doing so they can be accommodating.

Accordingly, as many people as possible should have their schedules set out fairly clearly ahead of time, with last-minute adjustments kept to a minimum. If there are employees who don’t use the hybrid model (they work exclusively from the office or from home) then they can obviously be left out of the equation, but those who mix and match should be clear about their plans so their colleagues can make appropriate decisions.

Furthermore, encouraging people to embrace collaborative flexibility will really help. In other words, it’s better to have workers willing to tweak their schedules on the fly than it is to have workers who rigidly set their schedules and will never change them. You can’t mandate this, and shouldn’t try — but it’s most likely true that your employees will be willing to budge slightly if they know it’s for the benefit of their colleagues.

The back and forth of collaborative projects has always had the potential to cause problems, and the introduction of remote working only added to that. You can relate it to the handover element of a relay race: even the most graceful handover adds to the overall time, and every additional leg reduces the general efficiency. Consider how this compounds the issues we’ve already touched upon, such as unclear scheduling interfering with communication.

A project that calls upon the skills of ten people shouldn’t be outlined with a convoluted array of exchanges, with Employee A passing it to Employee B who passes it to Employee C who then has to pass it back to Employee B. Any collaboration that takes that approach will soak up far more time and effort than it actually needs.

By planning each project to cut down on the exchanges and minimize the meetings (one long meeting with everyone in the office is preferable to six short meetings that can easily be delayed), you can eliminate the needless admin and skip a lot of the damage that conflicting schedules can cause. In short? Keep things simple.

There are ultimately two keys to strong collaboration: communication and scheduling. The more you can do to get your team members accustomed to working together and align their schedules, the more easily and fruitfully they’ll be able to combine their efforts. By following the suggestions we’ve covered here, you’ll have a much-improved chance of making the most of the soon-to-be-standard hybrid approach to work.