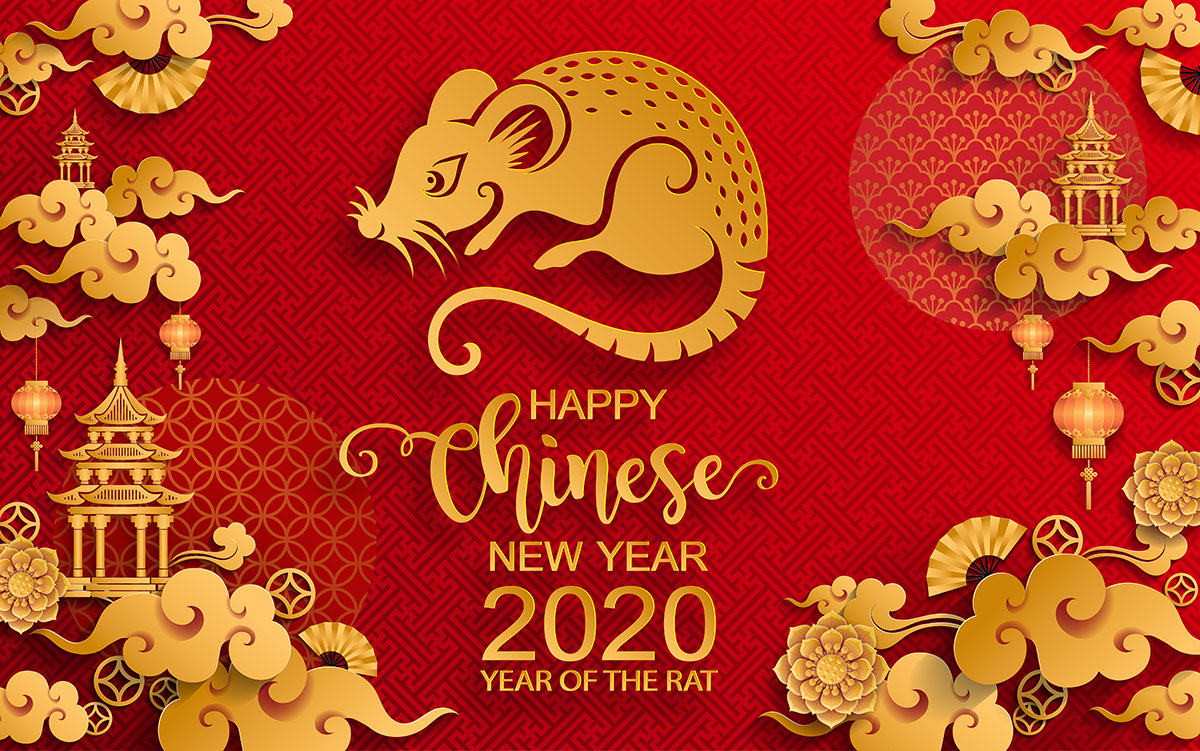 Chinese New Year is the oldest traditional festival in China, but only a few people know the story behind the holiday. Last year I told the legend of The Great Race, involving the twelve zodiac animals, but with the cycle starting anew in 2020, I’m going to explore the origin of Chinese New Year traditions.

Many of today’s customs and activities of Chinese New Year can be traced back to the story of the Monster Nian.

According to the ancient Chinese legend, there was a ferocious monster named “Nian”. Concealing itself under the ocean, Nian would only go onshore at the end of the lunar year to hunt people and livestock. Therefore, on New Year’s Eve, all the people in a small village would escape to remote mountains to avoid Nian’s attack.

However, one year while all the dwellers were preparing their escape to the mountains, an old man arrived in the village. As the escape preparations were a scene of chaos, most ignored the newcomer. However, a grandmother came to the old man to give him some food.

She told the man about the terror of the Monster Nian and tried to persuade him to flee with the rest of the village. The old man instead requested to stay one night in the old woman’s house, with the promise that he would expel the creature as payment.

The grandmother was not convinced by the old man’s promise and followed the rest of the villagers to the mountains, leaving the man alone.

At midnight, as Nian broke into the village it sensed a subtle change of atmosphere: in the past, the entire village was covered in darkness, instead a house was lit. Approaching the house slowly, it found the building covered with red paper and many candles lit inside the house.

The beast trembled and cried out at all strange things. Becoming angered, it swooped to the front door. At that very moment a loud cracking sound burst in the courtyard, stopping Nian in its tracks. The old man used this moment to throw open the front door and step out in a red gown, while roaring with laughter. Nian feared for its life and fled the village.

When the villagers returned, they were surprised to find no destruction. Soon, they were enlightened by the old man that the loud noise, red colour and bright lights were magic keys to scare away the monster.

Hence, on every New Year’s Eve, people decorate their homes with red, light candles, and set off fireworks to ward off all evil spirits. Many of these traditions are still practiced today.

Year of the Rat 鼠

The Rat is the first of the zodiac animals. During the Great Race,the Rat tricked the Ox into giving him a ride. As they arrived at the finish line, the Rat jumped down and landed ahead of Ox, becoming the first animal of the Chinese Zodiac.

In Chinese culture, rats are also seen as a sign of wealth and surplus.

Business in the Year of the Rat

Although the Rat’s zodiac year is traditionally viewed as the least fortunate, usually laden with bad omens and mishaps, 2020 will perform reasonably well for the Rat. This is due to the Rat’s natural versatility; they easily thrive in any environment and are able to quickly adapt to various situations.

Though the year will be a challenge in many areas, business will do well. Success will flourish in the workplace, yielding benefits of all kinds. Hard work will be rewarded; clever skills, quick-thinking, planning, and optimism will drive you and your businesses forward. Though the year will have its issues, these positive factors can turn it around to be a successful year for business growth.

With the Zodiac starting anew, maybe it’s also time to review your customer management software. It’s important to plan and assess your CRM requirements, and to ensure implementation success; a versatile system will enable your business to become more agile during unforeseen hurdles.

9 Simple Strategies To Speed Up Your Sales Cycle

Understanding the 5 stages of the sales cycle and what you can do to speed it up.

As a company with years of remote work experience, we share a list of helpful strategies for remote working teams.

To help address your concerns, we try to make sense of the support available to SME in handling the impact of the Coronavirus.